Todd Kesterson Candidate for Dandridge City Council.  Todd Kesterson, 51, a lifelong resident of Dandridge has announced his candidacy for Dandridge City Council. He is the son of Vicki Morie Kesterson and the late Curtiss D. Kesterson of Dandridge. Todd and his wife Kimberly Hedrick Kesterson, an LPN at Lakeway Dermatology Associates, have one daughter, Kaylee. In making his announcement, Kesterson stated “If re-elected to city council, I will continue to work hard for the citizens of Dandridge. Many times I have witnessed elected officials putting self interests ahead of what is best for its citizens. As elected officials we must be good listeners in order to represent the wishes of the people.” When asked why he wants to be involved in politics, Kesterson said, “It is not for the recognition or money.  It is because I love Dandridge.  It is where I grew up, where I raised my family, and where I want to spend the rest of my life.  I want to do the work to ensure that the essence, of what makes Dandridge the place that we all love so much, is preserved while we continually grow and progress into the future.”

A native of Dandridge, Kesterson is a member of the First Baptist Church of Dandridge, where he served as a deacon, member of Safety and Security Team, a leader for the 5th & 6th grade Royal Ambassadors, Chairman of the Board of Directors of Dandridge Christian Learning Center, and a member of the long range planning committee. Todd is a 25-year employee of Appalachian Electric Cooperative and works as a staking technician. “Frankly, I have been blessed to have the opportunity to stay in Jefferson County and work for a great employer. If re-elected to city council I will work toward the recruitment of more businesses with good pay so that our children and grandchildren can stay here and experience what a magnificent place this is. I want our town to continue to be a safe, wonderful place to live and work, the best place in which to raise our children. Controlled growth and business recruitment is a key component to this.

Kesterson attended Dandridge Elementary School, Maury Middle School, and graduated from Jefferson County High School in 1989. In 1993 he graduated from Walters State Community College with an Associate of Science in business. He is a 2003 graduate of Leadership Jefferson County and a 2005 graduate of East Tennessee Regional Leadership. He took an interest in government in 1995 following the death of his father Curt Kesterson, who had planned on running for Mayor that year. The late Kesterson had served as City Councilman in the 70’s and was a member of the Dandridge Police Commission for several years until his death. Just like his father, Todd Kesterson serves his community.

During his tenure on County Commission, he has served on Budget Committee, Ethics Committee, as well as Chair of the Nominating Committee.  Kesterson served as Chair Pro Tempore for County Commission for 8 years.  In addition to his work on County Commission, he has strong history of helping his community.  He worked with the team to make the Field of Dreams a reality, Kesterson has also exemplified leadership through serving on the Dandridge Water Board (1997-1999), Dandridge Planning Commission (2000-2002), Jefferson County Regional Planning Commission secretary (2006 – 2010), and Vice Mayor of Dandridge (2016-2020). He has based his years of civil service on honesty, integrity, and family values. Todd Kesterson is a man of his word, and his track record proves it. 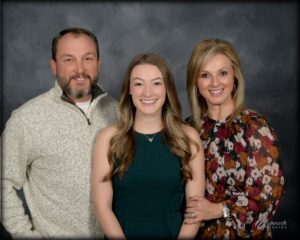 While serving on Dandridge City Council, Kesterson has a proven track record of success.  Some of the wins for the town of Dandridge include:

See details about the above list of Todd Kesterson’s

Kesterson states, “Unlike the typical government we know today, local government needs to be run like a business. It should operate within a budget and not be allowed to spend more money than it has. Government has to learn that balancing a budget by only raising taxes is not acceptable. Government already takes more money from the citizens than it should; government cannot continue to overstep its bounds with its excessive fee grabbing tactics.” If elected, Todd Kesterson’s solemn pledge is, “to represent the interest of our citizens and to ensure that their concerns and needs are not just heard but are acted upon. If you feel that these things are important, then I need your help, your support, your influence, and your vote in the November 8th General Election.” Early voting runs October 19th– November 3rd.

Dandridge deserves the best and brightest of its sons & daughters.